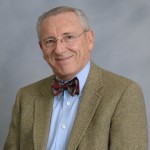 Yuri Contreras-Véjar is professor of Sociology at Universidad Diego Portales, Santiago, Chile. Together with Professor Bryan S. Turner, he is the editor of the book series Religion and Society for Anthem Press. His intellectual interests and publications lie at the intersection of history, philosophy, and sociology of ideas. Currently, he is working on a book on regimes of happiness and their impact in the political and religious transformations of Western societies.

Sarah Covington is Professor of History at Queens College and the Graduate Center, as well as director of the QC Irish Studies program and Book Review Editor of the Renaissance Quarterly. Specializing in early modern England and Ireland, she has published two books: The Trail of Martyrdom: Persecution and Resistance in Sixteenth-Century England (University of Notre Dame Press, 2004) and Wounds, Flesh, and Metaphor in Seventeenth-Century England (Palgrave-McMillan, 2009), in addition to over twenty-five articles for journals and collections, including the Journal of Ecclesiastical History, Archiv für Reformationsgeschichte, Albion, Book History, Reformation, the Journal of Scottish Historical Studies, History, and Mortality. She is currently working on two book projects: the first is a monograph that traces Oliver Cromwell and memory in the Irish historical, literary and folkloric imagination over three centuries. The second book will examine theological and literary reinterpretations of problematic biblical characters and episodes (Judas, Gethsemane) in the wake of the sixteenth-century reformation. She is also co-editor of two forthcoming collections: Early Modern Ireland: Sources, Methods, and Perspectives; and Explorations in Protestant Aesthetics.

Helena Rosenblatt
Professor of History at the Graduate Center

Helena Rosenblatt serves as executive officer of the Ph.D. Program in History. Her specialty is eighteenth- and nineteenth-century European intellectual history. She is the author of Rousseau and Geneva: From the First Discourse to the Social Contract 1749–1762(1997) and Liberal Values: Benjamin Constant and the Politics of Religion (2008). She is also the editor of Discourse on the Origin and Foundations of Inequality among Men by Jean-Jacques Rousseau (2010) and the Cambridge Companion to Constant (2009); and coeditor, with Raf Geenens, of French Liberalism from Montesquieu to the Present Day (2012).

Rosenblatt’s numerous articles have appeared in such journals as Modern Intellectual History, French Historical Studies, History of European Ideas, French Politics, Society and Culture, and Daedalus. A member of the editorial board of Modern Intellectual History, she has also been a fellow at the National Humanities Center. She is currently working on a history of liberalism. Rosenblatt earned her M.A. and Ph.D. in history from Columbia University.

Professor of Sociology at the Graduate Center

John Torpey is Professor of Sociology at the Graduate Center. He is the author or editor of seven books, including Intellectuals, Socialism, and Dissent: The East German Opposition and its Legacy (University of Minnesota Press, 1995); The Invention of the Passport: Surveillance, Citizenship, and the State (Cambridge University Press, 2000); Old Europe, New Europe, Core Europe: Transatlantic Relations after the Iraq War (edited with Daniel Levy and Max Pensky; Verso, 2005), and Making Whole What Has Been Smashed: On Reparations Politics (Harvard University Press, 2006). He is also an editor of and contributor to the forthcoming volume, The Post-Secular in Question (New York University Press). His articles have appeared in Theory and Society, Sociological Theory, Journal of Modern History, Social Research, Genèses: Sciences sociales et histoire, Journal of Human Rights, Dissent, Contexts, openDemocracy, Frankfurter Rundschau, The Nation, and The San Francisco Chronicle. His interests lie broadly in the area of comparative historical sociology. His current work revolves around the question of how we identify periods of major social change, such as those associated with the birth and reform of major world religions, and whether we are in the midst of such a period at present. Presidential Professor of Sociology at The CUNY Graduate Center

Bryan Turner was the Alona Evans Distinguished Visiting Professor at Wellesley College USA (2009-2010). He edited The New Blackwell Companion to the Sociology of Religion (2010) and the four volume Secularization (Sage, 2010). The third edition of The Body and Society came out in 2008 and Religion and Modern Society;citizenship, secularisation and the state (Cambridge University Press) will appear in 2011. Professor Turner was awarded a Doctor of Letters by Cambridge University in 2009.

Loading Comments...
Need help with the Commons? Visit our
help page Send us a message
Skip to toolbar

Built with WordPress | Protected by Akismet | Powered by CUNY